Mobile Legends: Bang Bang is one of the most popular mobile games today, but if you’re just starting out, you might be overwhelmed by the number of heroes, abilities, and items to learn. But have no fear, this guide will show you the path to the top. Whether you’re a complete beginner or if you’ve already played a few games, this guide will have a tip or two for you. What we need to know first is heroes.

Finding your role is the first step to getting good at Mobile Legends. Learning what role suits you best will not only benefit your gameplay but will also make the game more enjoyable.

In Mobile Legends, there are six classes — Tank, Fighter, Assassin, Mage, Marksman, and Support. Each class is unique, and plays a different role on the team.

Tanks are the shield of the team. These heroes have high health points (HP) and high defense. With their toughness, tanks break up enemy teams and help absorb damage.

If you enjoy being at the front, soaking up tons of damage, then the tank role is made for you.

Examples of tank heroes are Tigreal, Johnson and Grock. 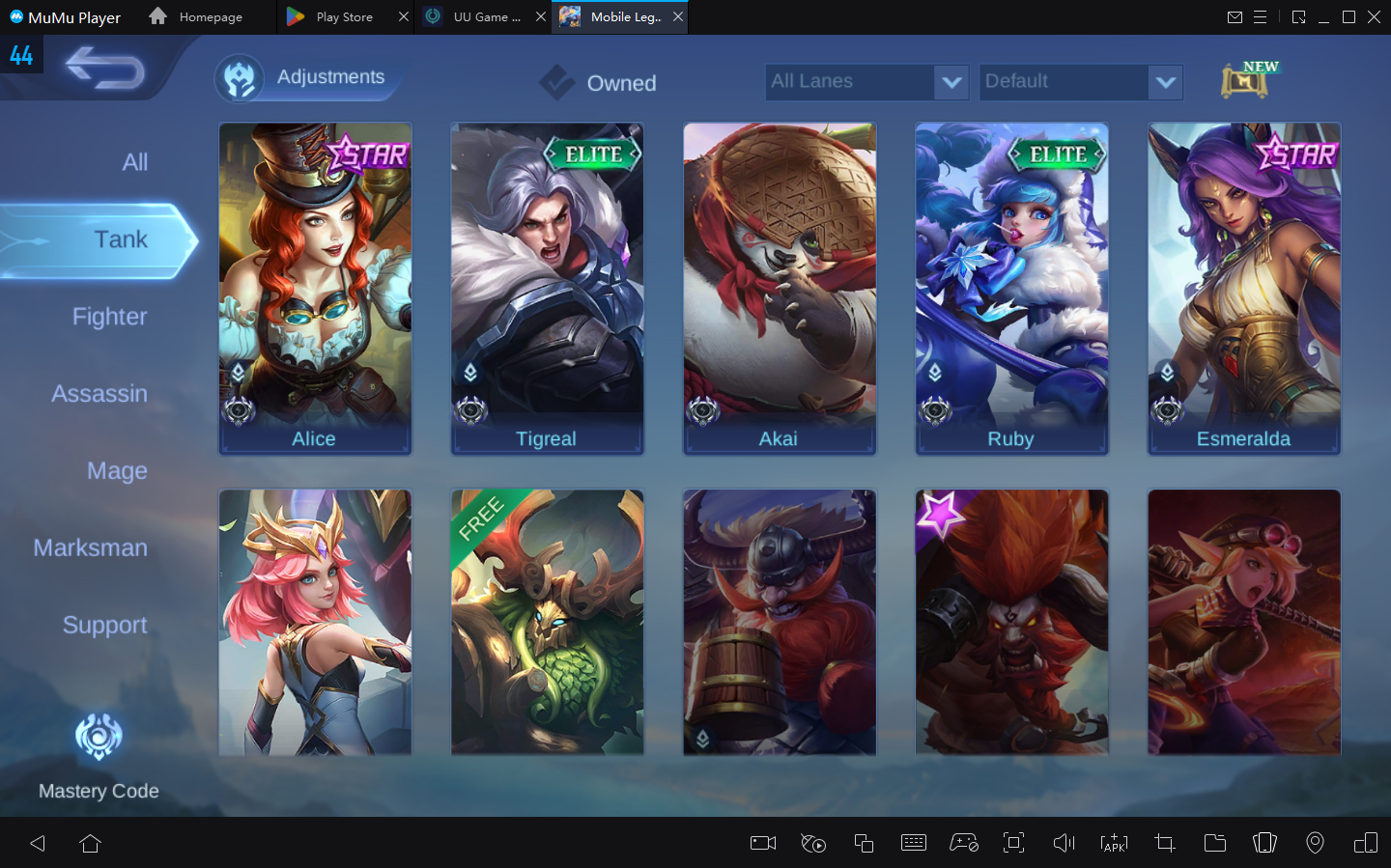 Fighters are the brawlers of the team. These heroes have a good balance between HP, defense and damage. Their balanced stats allow these heroes to get in and get out of fights alive.

If you love to be in the thick of the action while killing heroes, being a fighter is the role for you.

Examples of fighter heroes are Chou, Sun and Ruby. Assassins are the ninjas of the team. They have low HP but high damage, roaming the map, ambushing enemies in lane.

If you like being sneaky and taking down enemies, the assassin role is made for you.

Examples of assassin heroes are Fanny, Helcurt and Hayabusa. Mages are long-range damage dealers with strong abilities. These heroes have high mana and low defense, relying on their powerful spells to chip away at the enemy’s HP and control team fights.

If you enjoy spamming spells to annoy your opponent, picking a mage hero would suit you best.

Examples of Mage heroes are Alice, Eudora and Harith. Marksmen are the hero killers of the team. These heroes have high damage but low defense and mobility. Marksmen help eliminate enemy heroes during team fights.

If you love dealing damage and killing heroes, being a marksman is the way to go.

Examples of Marksman heroes are Miya, Layla and Lesley 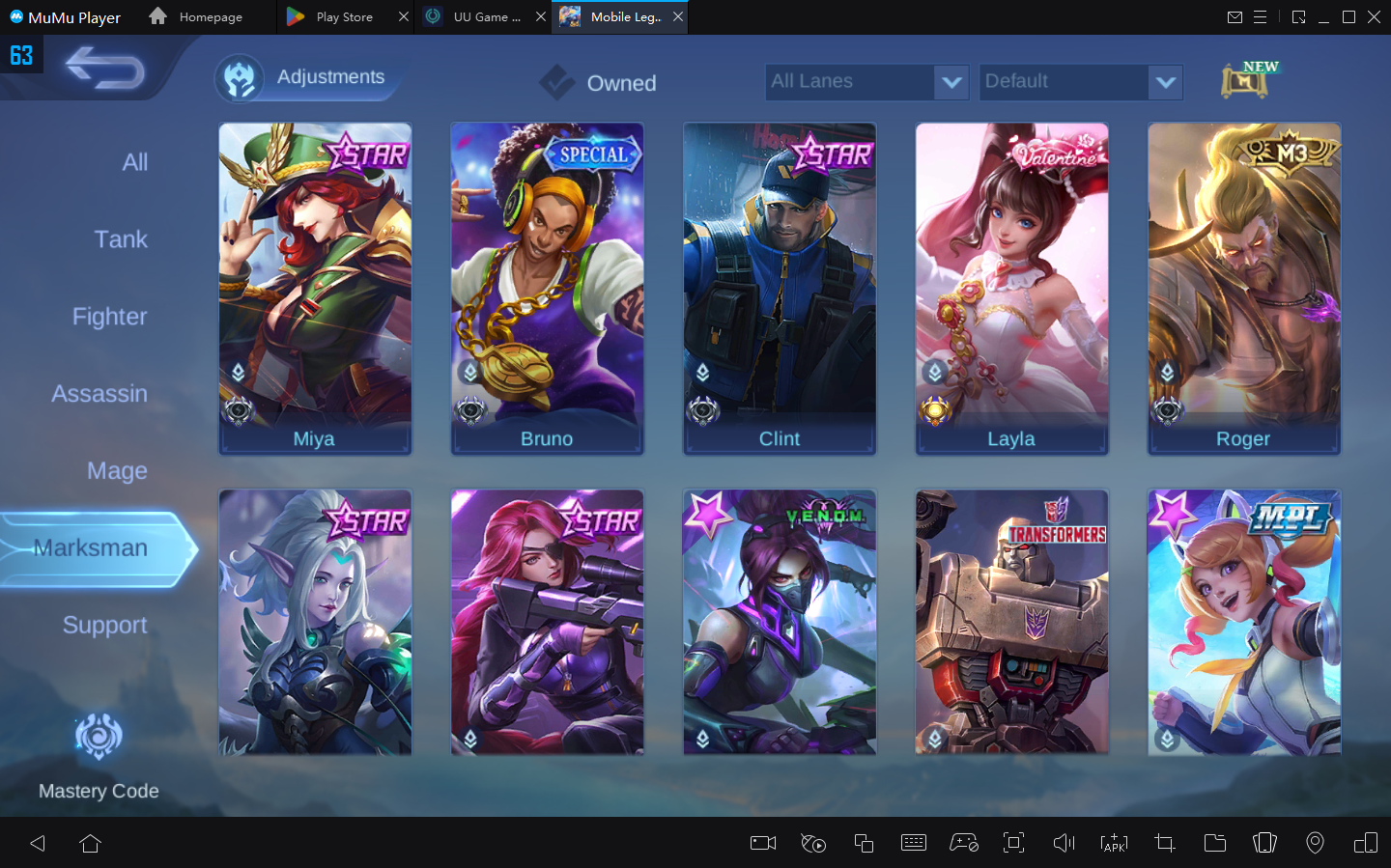 Supports are the backbone of the team. They have high mana and low defense like mages. However, their spells keep their teammates alive.

If you prefer being in the back lines and keeping your team alive, then being a support is best for you.

Examples of support heores are Angela, Diggie and Rafaela You can not just play one role in Mobile Legends: Bang Bang. The team might need some adjustment and being familiarized only with one role can get you in trouble. You need to have a diverse skill set in order to rank up faster in the game.
Mastery between three or more heroes per role is necessary for your own team’s success. It is also important to know the complexity and diversity of each role. As we know, each of the roles has its own unique rotation and responsibilities. A wise Marksman should focus on their lane to build up items necessary for the late-game clashes. A feisty fighter also must keep their lanes defended at all times. Mage and tank roles should know where to rotate in order to punish other lanes. Junglers should have an eye on all sides of the map. They are responsible for securing all objectives within the game.