Have you just unlocked the Princess, but don't know how to use it? By learning about the benefits and drawbacks of this card in our Clash Royale Princess guide, you'll have all the knowledge necessary to play her as skillfully as possible and create a potent deck to win trophies thanks to our advice and strategies.

The strengths and weaknesses of the Princess

In Clash Royale, Princess is the first legendary card to be released. She can be unlocked from Arena 7 and costs 3 Elixir units.
Its assault is a cloud of flaming arrows that targets foes on the ground and in the air and deals area damage. Its extremely long range of 9 squares is its major edge. When positioned behind a tank, It can do devastating damage.
Without a doubt, the Princess's lack of hit points is a major defect. All assault spells, with the exception of Electrocution, can instantly kill her. The Princess also has a low attack speed because she only fires arrows every three seconds. 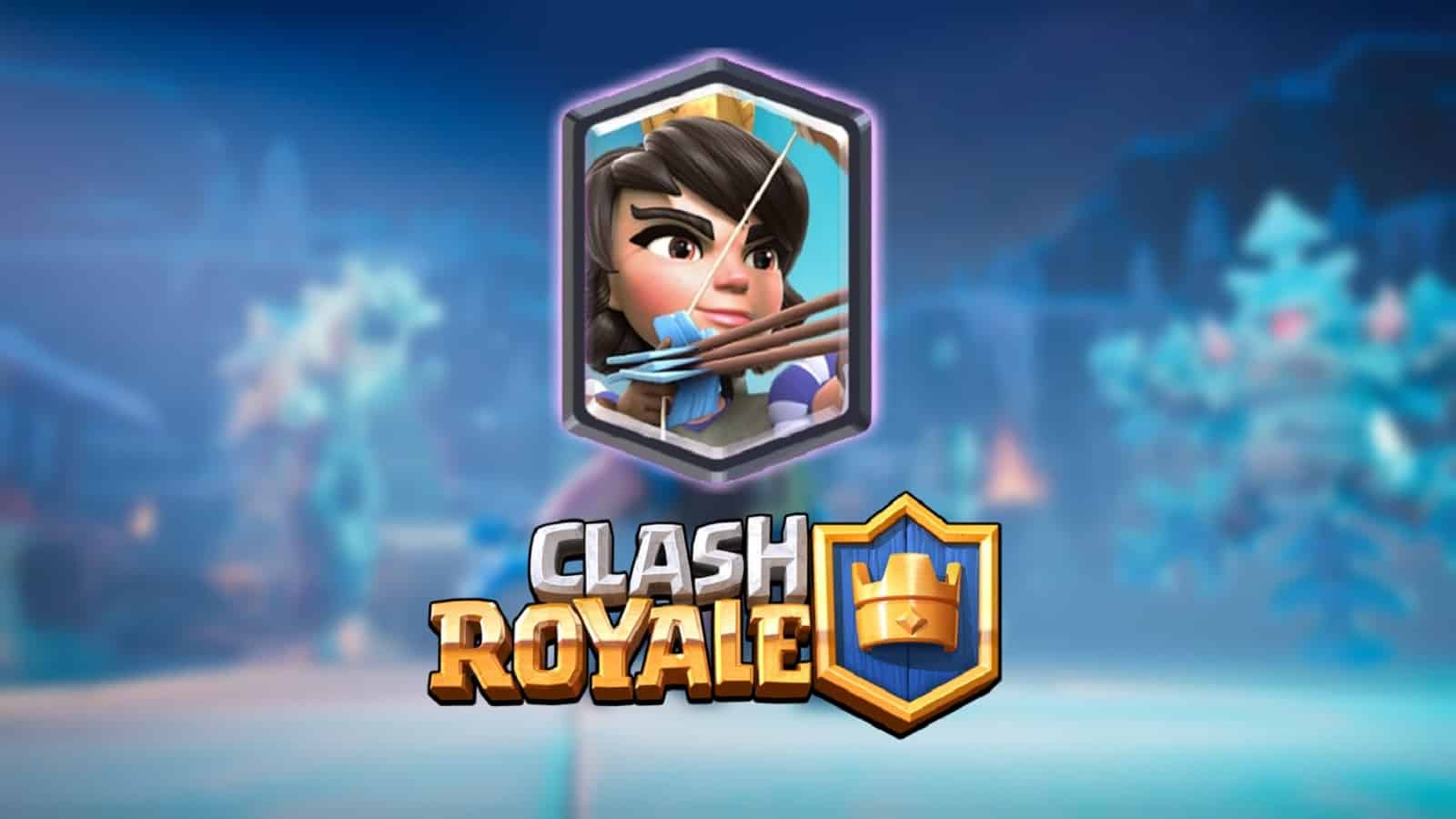 How to play Clash Royale with Princess?

In defence, the Princess is placed at the bottom of the field to avoid being focused by enemy units, while in attack, it can be placed at the deck level. Indeed, the Princess is one of the only cards that can reach the tower outside its range, along with Mortar and X-Bow.
Be sure to wait until your opponent has casted spells that can instantly kill the Princess, such the Log, Barbarian Barrel, or Arrows.
However, this can also work to your advantage, because if your opponent has no more spells in hand, you can freely send units like the Skeleton Army or Goblin Barrel.
If you find yourself facing the Princess, one of the best solutions, apart from spells, is the Dart Goblin. It will take advantage of its attack speed. 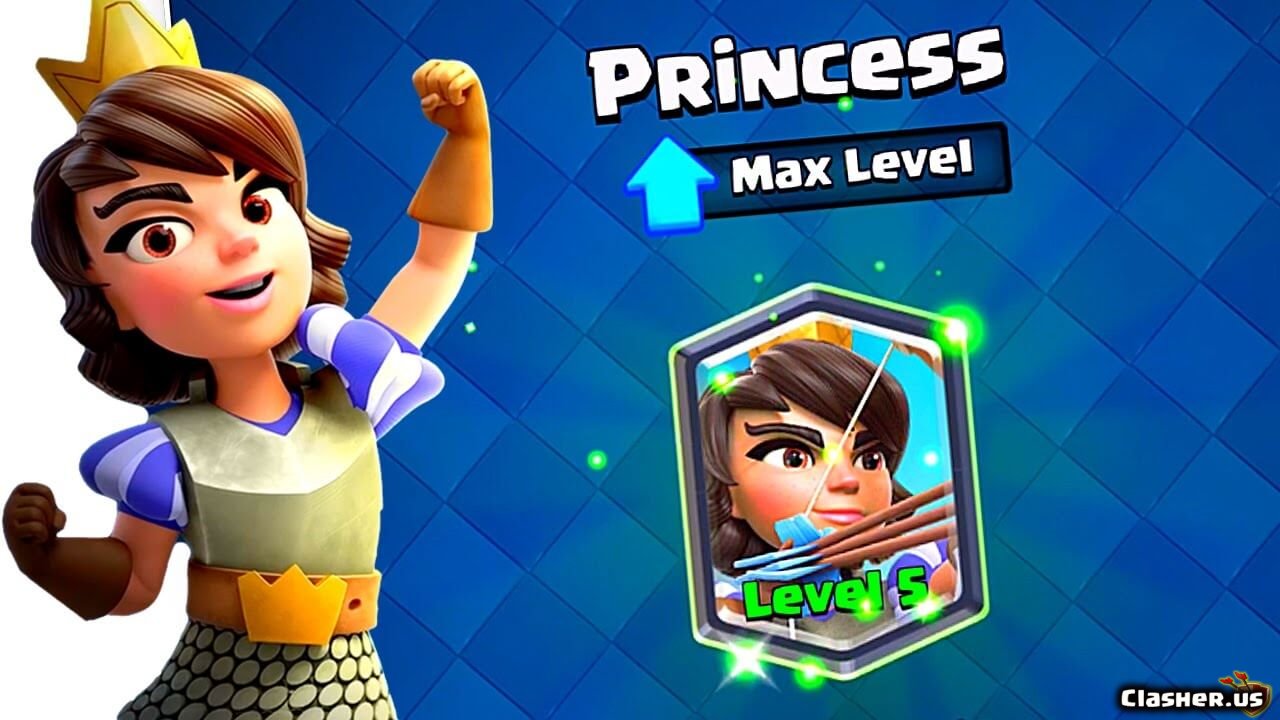 Choose an aggressive deck if you want to play Clash Royale with the Princess and capitalize on her advantages. The Valkyrie will be your tank. While your Hog Rider or Goblin Barrel destroy your opponent's tower, her job is to take enemy damage.
Then we have the Goblin Gang, with its 5 units and mixed damage, and the Ice Spirit, which does area damage and temporarily freezes enemy troops.
Add the Tesla building to your defense strategy so you may stall without losing life points on your turn. The Zap spell will also help you defeat troops with low hit points. 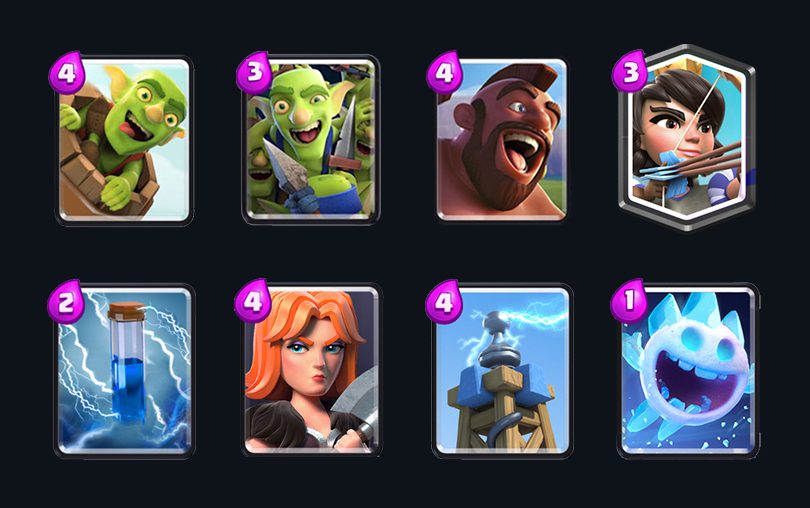 That's it for our Clash Royale Princess guide. Do you wanna know if it works? Try Clash Royale on MuMu Player now!