Brawl Stars is a brilliant twin-stick shooter, specialising in three-on-three PvP combat. There are over 30 characters to collect, each of which has its own unique weapons, gadgets, and super attacks. If you are yet to download Brawl Stars and try it out for yourself, read this guide and you’ll win the game easily.

The resident game modes of the current season include Gem Grab, Brawl Ball, Bounty, Siege, Heist and Showdown. This guide will tell you about strategies and tip for winning these modes. 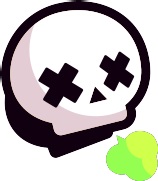 Go alone or with a partner to fight in the Showdown Arena! Whoever's still standing at the end wins. Collect Power Cubes to increase your Health and Attack damage. There are poison clouds closing in, so keep moving!

1) Know your position and act accordingly: Solo Showdown (and duos to some extent) involves a bit of luck. The amount of powerups you can get for free (safe boxes) varies a lot depending on where boxes spawn and in what position you start. Knowing how to act in every situation is crucial to your survival.

2) Boxes: When you spawn in an excluded area without another brawler contesting, burst down the available "safe boxes" to get free powerups. Do not try and take out the boxes (the only time you would do this is if you are a shotgunner), duel the other brawler and try to out trade them.

3) Duo: Showdowns in Brawl Stars are free-for-all battle royale types of games where the objective is to be the last Brawler standing! In Duo Showdown, if your teammate is still standing, they can revive you and continue the battle! In Brawl Ball, teams of 3 will compete to score two goals. Players need to send the ball to the opposing team's side and shoot it into the goal, using their skills and supers to kick it around. Match ends when one team scores two goals, or at full time.

1）Using Your Super Kicks The Ball Further: While playing this game mode, your Super will make you kick the ball further. Use it to strategically pass to far away teammates, or for a hail mary shot!

2) Draws Result In Overtime: If the timer runs out without any team getting a higher score, then overtime will start. Overtime gets rid of any obstacles and grass, and the next goal wins! Collect Stars for your team by defeating players on the enemy team. Every time you defeat an enemy, the bounty on your head increases by one Star, up to seven Stars. Don't give them to the enemy! The team that has more Stars when the clock runs out wins.

1) Kill Enemies To Earn Stars: Having a high number of stars will be the key to winning this game mode. You earn stars by killing enemies. If you have a higher amount of stars, get to safety as dying will make you lose all your earned stars!

2) Maximum Stars Is 7: A player will have a maximum of 7 stars on their person. Having a high amount of stars on you makes you a very valuable target. Make sure to play defensively when you have a lot of stars on you! Collect Gems that pop out of the Gem Mine in the middle of the map. Or, just take them from fallen opponents! Hold ten gems for the duration of a countdown to win the game!

3) Learn to retreat: If your Gem Carrier is losing the matchup on mid, it is often better to retreat, otherwise the enemy Gem Carrier will most likely try to finish you.

Brawl Stars is one of games that is difficult to put down. There are dozens of maps, over 30 playable characters, and multiple game modes. Hundreds of quick tips and complete walkthroughs with tips and strategies to all Brawlers and game modes. Hope you can master more skills and win more easily after reading this guide.