Epic Seven is a mobile turn-based 2D RPG from Smilegate, where you’ll take control of different characters to accomplish mission objectives and farm for materials. It challenges players to unique visuals and strategies to challenge all players at all times.

Through official information, we can know that Epic Seven latest update will be on May 27th. The official has revealed the relevant update content. This article will introduce the updated new content. The improved content will be published in the next guide. 1) New type of Side Story-Advent 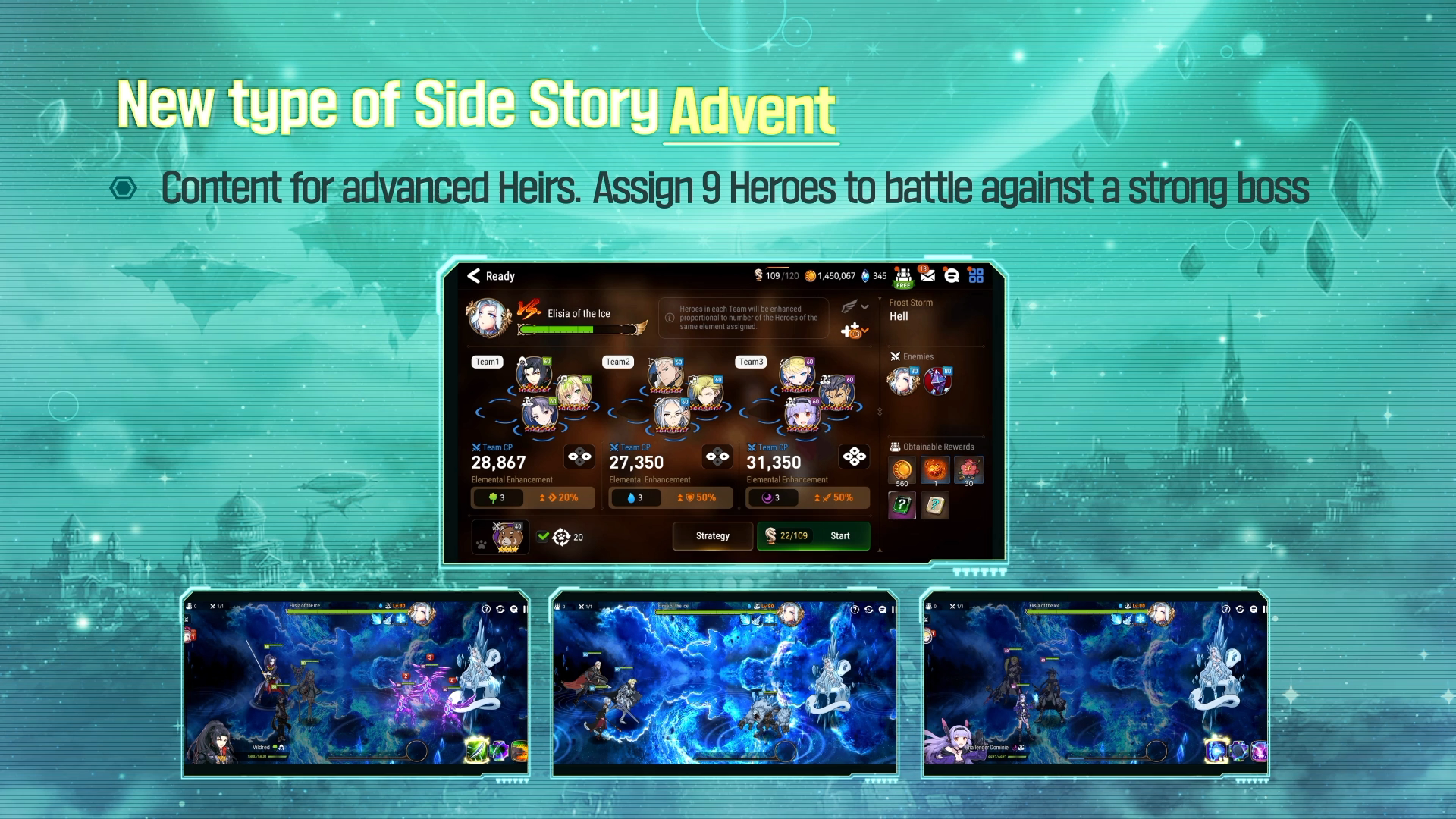 A new type of side story called Advent is being developed.

In the Advent style story, a total of 9 different heroes will be organized into 3 groups. You will face a powerful boss, and the boss will become stronger at every stage.

The battle will be divided into three stages, and each side will fight one stage.

Since the buff will be granted based on the element, the key factor to clear this content is to choose a variety of heroes.

In addition, gem conversion and gem making using unwanted gems may be updated in the future. This is one of the biggest updates planned for 2021. Guild PvE content, ancient inheritance.

A gate leading to a lost dimension has been found in an isolated area of the Shandra Ruins. Huche, a researcher on the Link of Memory, has asked your guild for help to investigate.

All guildmates will participate in the exploration of the fog relics.

In order to reach the deepest point, you must cooperate strategically with other guildmates.

The ancient Inheritance is updated on the third anniversary.

The content introduced will be updated after 5/27, but this isn't a definite date and content. Let us look forward to the day of update!