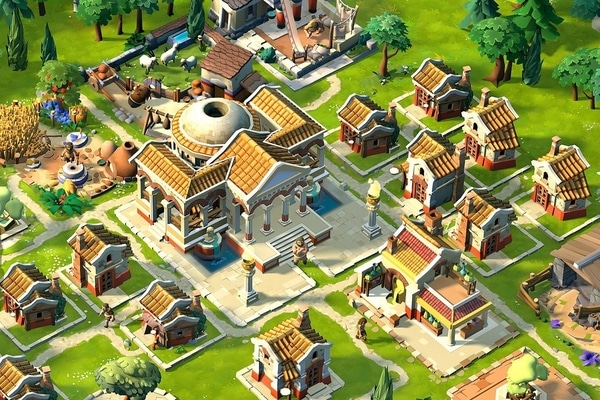 Complete the objectives and earn the Madrasa Evolution Token

To progress through the desert, players must complete the objectives set by Mansa. Gold Dinars, the special event currency, are awarded for completing these tasks, and players may also receive Evolution Tokens on occasion. The players will travel through the Sahara Desert from oasis to oasis, with each oasis offering unique prizes.

When players reach the 30th oasis they will receive the grand prize, the Madrasa Evolution Token as reward. These tokens are used to build the Madrasa, the most important reward of the Mali Empire Event.

This prestigious educational institution provides Mystery Chests containing Research Points, random Barracks Item Refills, and Culture Boosts. The Madrasa is a growing structure that can be upgraded to level 40.

As they progress through the questline, they will also gain the services of Queen Idia of Benin, a mercenary commander. Players can use her in the battle to rain arrows down on opponents! Players have a lot to do with over 120 quests to complete, plus the daily free currency quest, and another iconic leader to please!