Finally, the most awaited Diablo Immortal Season 3 Aspect of Justice content update is here. Server maintenance will begin on August 3 at 5:30 am-7:30 am IST / 8:00 am-10:00 am GMT+8 for Southeast Asia, Oceania, China, and East Asia servers. The time has finally come for the Diablo Immortal players to become an Aspect of Justice with the new Battle Pass. Also to repel onslaughts of ravenous demons in the Wrathborne Invasion Daily Event, and witness the first of several Warband system improvements!

The devs have also revealed their current plans to release new Diablo Immortal content every two weeks, in the form of either a Mini or Major Update. Mini Updates provide players with content such as Battle Pass seasons, in-game events, feature updates, and more. Major Updates will include content such as new gameplay features, free storyline expansions, in-game events, and more.

Maintaining a semblance of justice in Sanctuary, a land plagued by darkness, appears to be an impossible task. In these times, follow the Archangel Tyrael's path, join his pursuit of righteousness, and let it protect you from the wrath of the Burning Hells. Season Three begins on August 4, at 3:00 a.m. server time, thanks to the addition of a new Battle Pass devoted to transforming into an Aspect of Justice. The Aspect of Justice Battle Pass contains 40 ranks of challenges and rewards, including Legendary Gems, Crests, Hilts, and other items.

Unlocks all rank rewards and cosmetics from the Empowered Battle Pass. In addition, the Aspect of Justice Avatar Frame, Portal cosmetic, and a ten-rank boost are all available right away after upgrading. The Season 3 Battle Pass is only available until September 1 at 2:59 a.m. server time*. Start slaying demons and climbing the ranks today!

The Wrathborne, with their armies in tow, have besieged Sanctuary in a sinister invasion born of the vilest machinations of the Burning Hells. Daring adventurers can band together every day at 12:00 p.m. server time to repel hordes of bloodthirsty elite demons. If the Burning Hells'minions fail to claim the zone they're attacking, Gorgothra will attempt to finish the job herself, sending an empowered echo of her likeness to wipe out any resistance. 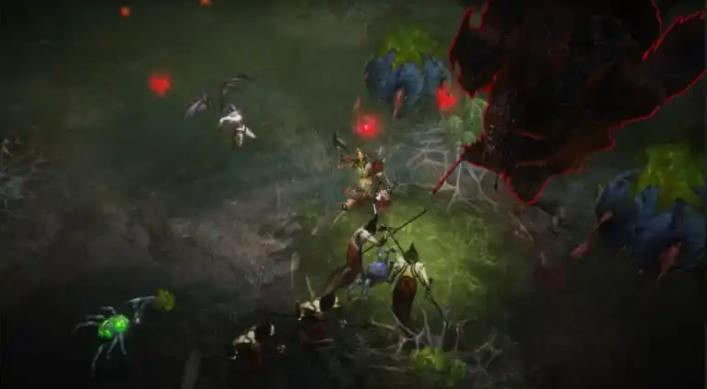 A display of overwhelming strength against the Wrathborne's attempt to take control of the zone will richly reward gear. The top three damage dealers will receive six Enchanted Dust to sweeten their victory. Wrathborne Invasion can only be completed once per day. And as more Wrathborne are discovered by Rayek's Helliquary, they will attempt to launch their invasions.

The moon has returned for a few seconds and demands more blood… possibly even yours! Gaze at the moon, bask in its sacred light, listen to its howl for sustenance, and lunar-laced blessings will be bestowed upon you. Meeting the moon's requirements will earn you Moonslivers, which players can exchange for Blessings.

After obtaining seven Blessings, you will have earned enough goodwill with the moon to exchange them for a random reward. If you bless the moon enough, it will reward you with its flavor! From August 12, 3:00 a.m. to August 15, 3:00 a.m. server time*, we welcome daring adventurers to assist in satiating the moon's hunger.

Within the Warband menu, you can now see if members of your Warband are online and their current in-game activity.

It is now possible to start a Vote to Kick a Party or Raid group member who is inactive, constantly rejects the queue or is engaged in other in-game activities. This option will not be available unless the game detects a member of your Party or Raid group engaging in any of the aforementioned behaviors. You can not kick a player unless there is a unanimous vote.